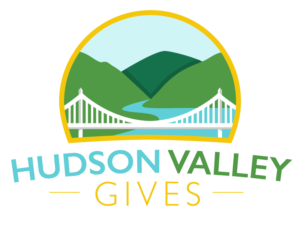 MONTGOMERY, NY (May 21, 2020) – In a year of crisis and uncertainty, Hudson Valley Gives had its most successful campaign in the history of the online initiative. After the pandemic struck, the Community Foundation of Orange and Sullivan considered canceling the fifth annual event. However, nonprofits in the region urged CFOS to move forward with the online day of giving on May 20 since their budgets were stretched thinner than ever and traditional fundraising events were canceled. The event turned out to be all organizers could have hoped for and more!

“It was impossible to predict how the public would respond, but by the end of the 24-hour effort, it was clear that Hudson Valley residents are as generous as they come.” said Elizabeth Rowley, President & CEO of the Community Foundation of Orange and Sullivan, which started Hudson Valley Gives in 2016.

More than $500,000 was raised through this year’s Hudson Valley Gives initiative, the most in a single year since the collaborative, online fundraiser began five years ago. Most of the more than $500,000 raised was donated online over a 24-hour period on Wednesday, May 20 to support 145 nonprofit organizations throughout the Hudson Valley.

“Hudson Valley residents not only gave; they gave more than ever before,” added Rowley. “Half a million dollars will have an enormous impact on these local charities! We are truly humbled by the generosity displayed during these tough times.”

The event’s success exceeded this year’s fundraising goal and saw a 25% increase in donations over last year. So far this year, 3,638 donors have given to support charities in seven counties providing life-enriching programs and critical services that Hudson Valley residents appreciate or depend upon. When combined with giving totals from years past, charitable giving through Hudson Valley Gives now stands at $1,496,353. 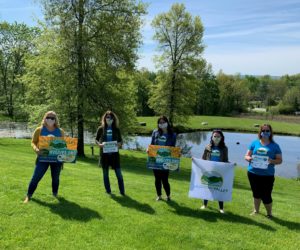 “Hudson Valley Gives 2020 provides hope that even in the darkest of days people are looking for a way to help their neighbors and make a difference,” said Rowley.

The participating nonprofit organizations that raised the most this year were Mid-Hudson Children’s Museum, SUNY Orange Foundation, and Habitat for Humanity of Greater Newburgh.

“We were humbled and so appreciative of the incredible support we received for Hudson Valley Gives, especially during this uncertain time. So many alumni, faculty, administrators, and friends stepped up to support SUNY Orange students yesterday – we couldn’t be more proud to be part of this SUNY Orange family,” said Dawn Ansbro, Executive Director, SUNY Orange Foundation. “Many thanks to the Community Foundation for providing regional non-profits with this platform to share our stories. We are truly grateful.”

The aim now is to top a new record-breaking fundraising goal of $600,000. Donations are being accepted until the end of the month at www.hvgives.org.

About the Community Foundation of Orange and Sullivan (CFOS): Based in Montgomery, NY, the Community Foundation of Orange and Sullivan connects people who care with causes that matter. Established in 1999, the Foundation helps philanthropic individuals, businesses and organizations establish charitable funds that will award grants and scholarships, for good, forever. The Foundation has significantly increased the region’s charitable capital and has empowered donors to make a profound difference in the quality of life in our region. Since its inception, CFOS, with its donors and fund representatives, has awarded more than $15 million in grants and scholarships. The Community Foundation of Orange and Sullivan currently administers 322 active charitable funds that represent more than $34 million in assets to support animal welfare, arts and culture, education, the environment, health and human services, recreation and youth. To learn more, visit cfosny.org.

The Community Foundation of Orange and Sullivan enables charitable individuals and organizations to become meaningful donors by providing trusted support and expertise for their contributions to make a difference in our community, now and forever.