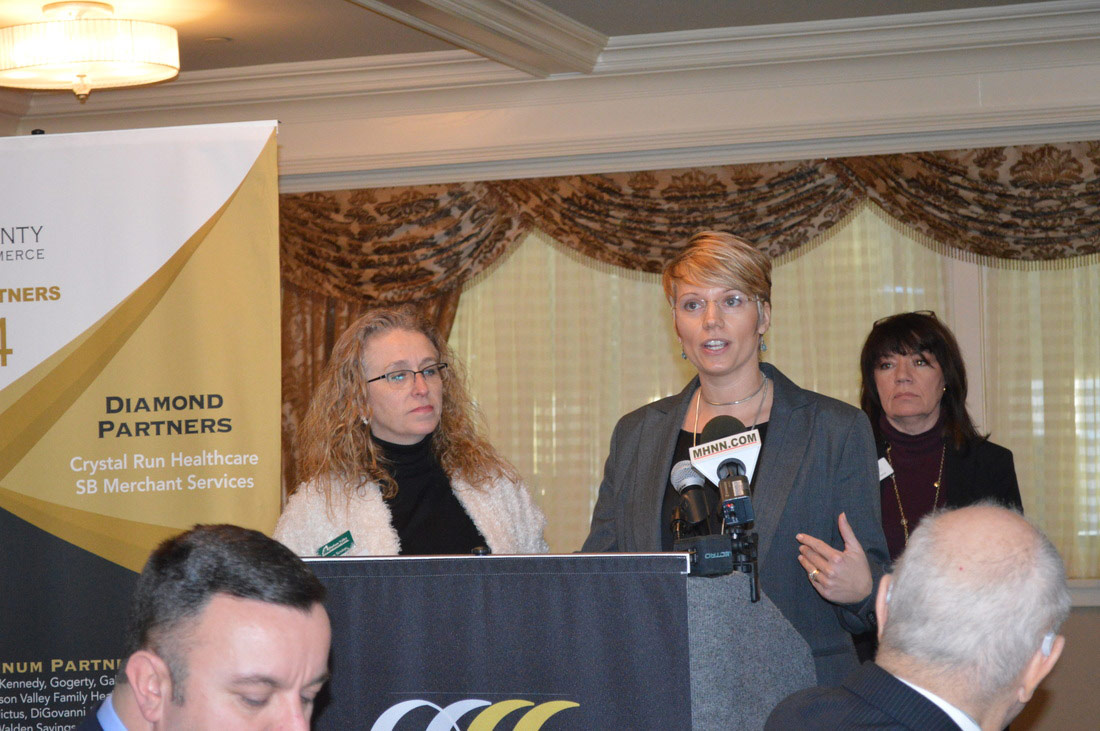 “I’m able to help truck drivers with their needs, injuries and DOT (Department of Transportation) tickets,” says Charis Orzechowski, a new Chamber member who runs her own law practice in Washingtonville. “Eventually I want to start helping companies with their DOT compliance.”

Before becoming a lawyer, Orzechowski was a tractor trailer driver. Her work experience gained on the road made the transition from trucker to transportation law much easier.

“I’ve been a lawyer since March of 2014,” says Orzechowski, who is licensed to practice in New York and New Jersey.

In her past, Orzechowski worked for what she calls a “very supportive trucking company.” This company supported her desire to go to law school, giving her work hours that didn’t interfere with her school schedule. She eventually came to a point where she wasn’t able to work and study at the same time.

“When I got to law school, I had to put all of my energy into my studies,” she explains.

Orzechowski says that there are many similarities to being a lawyer a truck driver, even though at first glance, they seem like two very different professions.

“Things unfold in front of you in real time,” she says, referring to courtroom cases where she had to defend an accusation made against her client right on the spot. She refers to this same example of real-time decision making while telling a story about the time she avoided an accident.

“The very last month that I drove,” she remembers, “I was coming back at 9:30 at night from the grocery store that I delivered to in Connecticut.”

Suddenly, the truck in front of her moved to the right lane.

“I see a big refrigerator box right in front of me,” says Orzechowski. With barely any time to react, she took action. “I hit it so that it bounced off my right side, so it would hit the guard rail. It broke my headlight.”

Orzechowski not only avoided the other truck, but made certain that other drivers near her would be safe as well.

Orzechowski considers herself a “brand new” lawyer, but she understands how to help truck drivers obtain Workers’ Compensation coverage, because she understands the ways that they can be injured.

“The more common injury for drivers is the back,” she says. “You’re not only sitting all day, so you don’t get much exercise, you’re also moving heavy things all day. You strain your back. Sometimes you will fall or twist wrong, [or] get hit with something and get stitches.”

Another common ailment is leg injuries, particularly the knees.

“You’re working your legs all day long,” she explains. “More than likely it’s backs and knees.” Also, truckers shift gears often, which tends to lead to elbow and wrist issues as well.

To learn more about Charis Orzechowski’s services, visit her website at http://www.colaw.attorney.