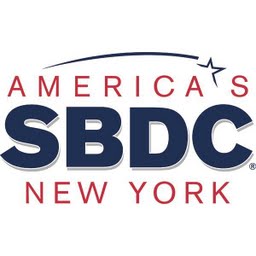 The U.S. Senate by unanimous consent cleared the House-passed bill to extend the Paycheck Protection Program.

·         Extends the PPP loan forgiveness period to include costs incurred over 24 weeks after a loan is issued or through Dec. 31, whichever comes first. Businesses that received a loan before the measure is enacted could keep the current eight-week period.

·         Extends to Dec. 31 from June 30 a period in which loans can be forgiven if businesses restore staffing or salary levels that were previously reduced. The provision would apply to worker and wage reductions made from Feb. 15 through 30 days after enactment of the CARES Act, which was signed into law on March 27.

·         Maintains forgiveness amounts for companies that document their inability to rehire workers employed as of Feb. 15, and their inability to find similarly qualified workers by the end of the year. Under the modified measure, companies would be covered separately if they show that they couldn’t resume business levels from before Feb. 15 because they were following federal requirements for sanitization or social distancing.

·         Requires at least 60% of forgiven loan amounts to come from payroll expenses.

·         Repeals a provision from the CARES Act that barred companies with forgiven PPP loans from deferring their payroll tax payments.

·         Allows borrowers to defer principal and interest payments on PPP loans until the SBA compensates lenders for any forgiven amounts, instead of the current six-month deferral period. Borrowers that don’t apply for forgiveness would be given at least 10 months after the program expires to start making payments.

·         Establishes a minimum loan maturity period of five years following an application for loan forgiveness, instead of the current two-year deadline set by the SBA. That provision would apply to PPP loans issued after the measure is enacted, though borrowers and lenders could agree to extend current loans.

Since the House passed the bill May 28, it will now go to President Trump for his signature.

Counseling services available via Zoom, Skype, phone conferences, and email at this time.